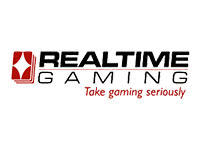 The story of Real time Gaming (RTG) dates back to 1998 when the company was established in Atlanta, Georgia. The company very quickly developed a reputation for being one of the leading providers of online gaming software. Online casinos from around the world were keen to sign up with the software provider, which was working hard to set itself apart from the more traditional online gaming software providers.

RTG was going up against well established firms like Playtech or Microgaming, and they were keen to develop a reputation of being a rebel. The company set out to offer a greater sense of freedom over how their games were used by the licence holder on the site. This caused a great deal of controversy in the online gaming community but a large number of casino site owners were enticed by this option. The fact that licence holders could adjust game settings was of considerable interest, resulting in many sites switching to the RTG platform.

One of the biggest adjustable factors that RTG provided was the ability to determine how high or how low the pay-out percentage should come in at. It was possible to alter this percentage for every individual game. This helped to transform the online gaming industry because this style of feature was not being offered by any other form of software provider.

The laid back attitude wasn’t popular with everyone

Unfortunately, the more laidback and carefree approach to online casino settings enabled some rogue casinos to take advantage of players. While the majority of licence holders were using RTG software in a legal and moral manner, the fact that the company was attracting some rogue firms was enough to mark them out as being a company with a questionable reputation. On the whole, sites using RTG were of a high standard but there was always an air of uncertainty when checking out a new casino site which utilised the RTG platform.

The company experienced a number of consumer complaints being made to industry watchdogs. RTG was quick to point out that it was the licence holders themselves that were causing the problems, as opposed to them or their software but it was the opportunities allowed by the software that caused the situation to arise.

The company was out on its own in the US

The company battled against these problems for many years but in 2005, a number of appointments saw the company develop and grow in reputation once again. The firm was well on its way to re-establishing a positive reputation in the online casino industry when the Unlawful Gaming Enforcement Act (UIGEA) of 2006 was passed in the United States of America. This act saw banks in the US prohibited from facilitating transactions of a financial nature with any gaming site. In one move, this act decimated the US online gaming industry. This saw casino software companies such as Microgaming and Playtech instruct their licence holders to halt all relations with US players.

At the same time, RTG took no action with respect to the new act, although some industry observers pointed to the fact that RTG seemed to be encouraging US casino sites to switch over to an RTG platform. With their main rivals in the industry shying away from the US market, RTG started to become known as a prominent force. Of course, their activity in the US saw them being watched extremely closely by the authorities in America.

A switch to the Netherlands Antilles brought greater freedom 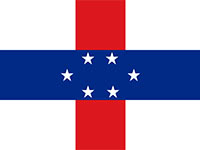 This facilitated a switch in January 2007 and RTG was taken over by a licensee who was based in Curacao in the Netherlands Antilles. This company was Hastings International. The company was well aware of the need to ensure that players received a greater level of protection, which led to the formation of the Central Disputes System (CDS), who had responsibility to act as a mediator between casino players and companies that held an RTG licence. The company is also proud of the fact that in 2009, they were certified to be a fair and random provider of casino games by TST, the Technical Systems Testing company. This move also led to CasinoMeister re-evaluating its opinion of RTG, naming a number of sites on the RTG platform that were worthy of being accredited.

Further success and acknowledgment came with the news that big firms were signing for a RTG licence. Casino Titan came on board in 2009 with Win Palace signing up in 2009. 2010 saw a wave of companies coming on board like All Star Slots, High Noon Casino and Manhattan Slots. 2011 saw further expansion for the firm with Grande Vegas Casino and Aladdin’s Gold, both big favourites with industry experts, becoming RTG firms.

Innovation paved the way for success for RTG

In an attempt to distance itself from its questionable past, RTG has worked hard to be recognised as a firm that excels at innovation. The ‘Real Series’ slots have helped to promote the company with the Auto Play function being a popular addition to the game play offered by the slots. The company has also developed a reputation for providing themed slot games in addition to high quality tie-ins and a greater range of casino games. The early days of the firm saw it develop a reputation for being the company that created the first online 100 hand video poker game but in recent times, the firm has created a lot of new ways to play casino games online. The company also provides a wide range of progressive jackpots, which due to the non-appearance of other software options, is the largest you will find in the United States.

The Golden Euro Casino is just one of the many present day online firms that trust in the RTG software platform. With more than 300 games available on site, and with the site available in download, Flash and mobile option, the software provided by RTG is a major part of the success of the company. When it comes to providing the platform that casino sites can gain success from, RTG is one of the leading lights in the industry.